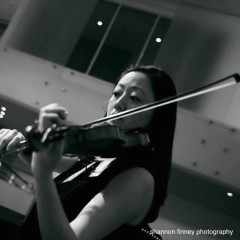 An active orchestral musician, Mrs. Smith performs with various orchestras in the area, such as the National Symphony Orchestra , Richmond Symphony and the National Philharmonic. Mrs. Smith is also a regular member of the Harrisburg Symphony, where she served as Assistant Principal Second Violin from 2005-2009.

Chaerim currently resides in Springfield, Virginia with her husband, violist Derek Smith, and her son, Oscar . She enjoys cooking and reading in her spare time.

Chaerim received a Bachelors of Music Degree from the Manhattan School of Music where she studied with Lucie Robert and later with Lisa Kim of the New York Philharmonic.

“You Send Me” by Sam Cooke