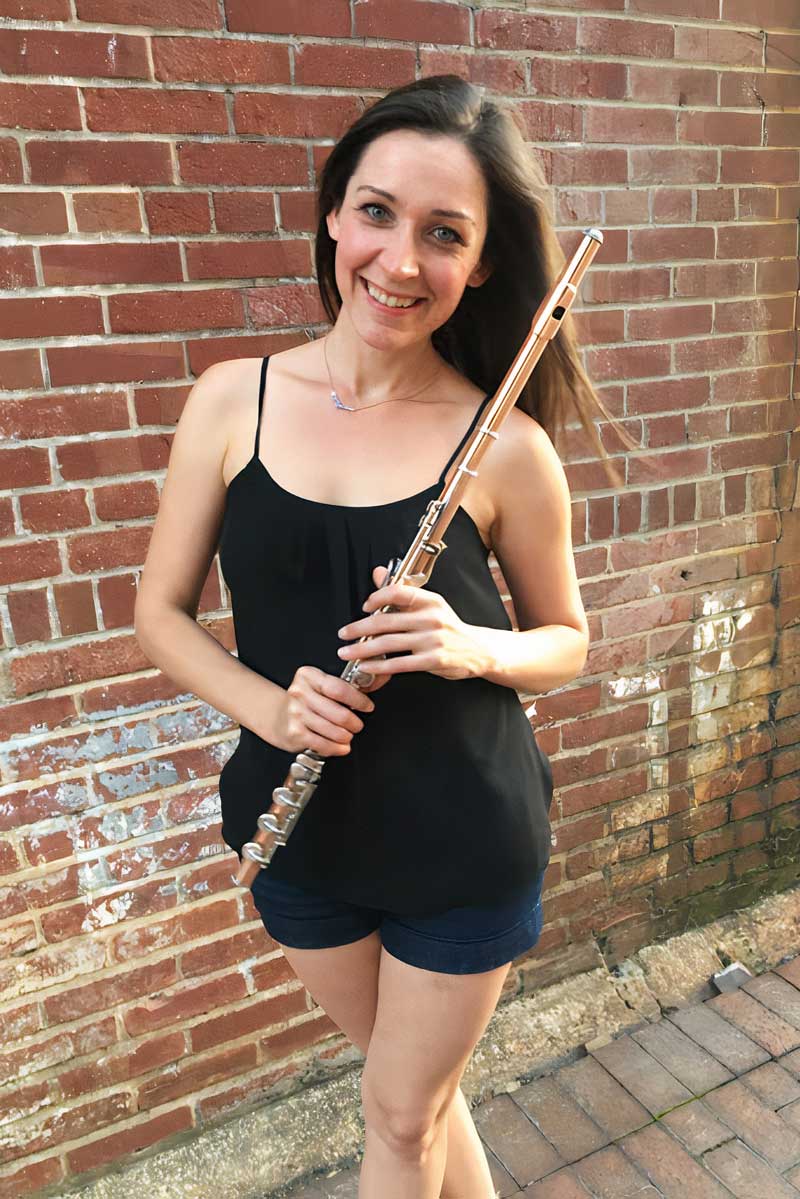 Brittany Foster has performed with APO as their Principal Flute and as a featured soloist.

Being featured as a soloist on “I Will Always Love You.” I had just gotten married the day before, and performing it felt like a love letter to my new husband who was in the audience.