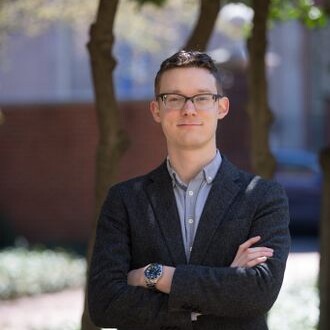 A featured performer within numerous APO shows, David has been heard using instruments such as the banjo and steel guitar in recent productions.

Dave Sanders is a guitarist in the Washington D.C. area. With various groups and ensembles he has performed at the Kennedy Center, Lincoln Center, the Kimmel Center, Arena Stage, and the Music Center at Strathmore.

Dave has shared the stage with a diverse range of artists, including Patti LuPone, Dionne Warwick, Jamie Barton, Christopher Jackson, Michelle Williams, Liz Callaway, Joan Osborne, Kate Davis, and Betty Who. He has had the opportunity to perform with many of the areas leading orchestras, including the National Symphony Orchestra, the National Philharmonic, the Kennedy Center Opera House Orchestra, and the American Pops (principal).

In addition to his performing career, Dave teaches guitar and music theory at Towson University and Rutgers University.

Playing to a sold out Kennedy Center on New Years Eve