Around the World in 80 Days

A Daring Race Against Time! No one thinks Phileas Fogg can do it. But this eccentric adventurer won’t be stopped! He believes he can achieve the unthinkable and sets out on a race against time! With his butler Passepartout (who is terrified of ships, trains and anything adventurous), Phileas must travel around the globe and return to London in just 80 days. And if that weren’t difficult enough, Detective Fix is hot on his heels and trying to stop him! In this hilarious and epic adventure, Phileas leaves the solitary life he loves and must learn to rely on new-found friends if he’s going to complete his goal. He’ll need your help too, to avoid getting caught by Detective Fix!

Told through songs from the great American songbook, this world premiere production revisits Jules Verne’s timeless classic Around the World in 80 Days, in a musical adventure for all ages. 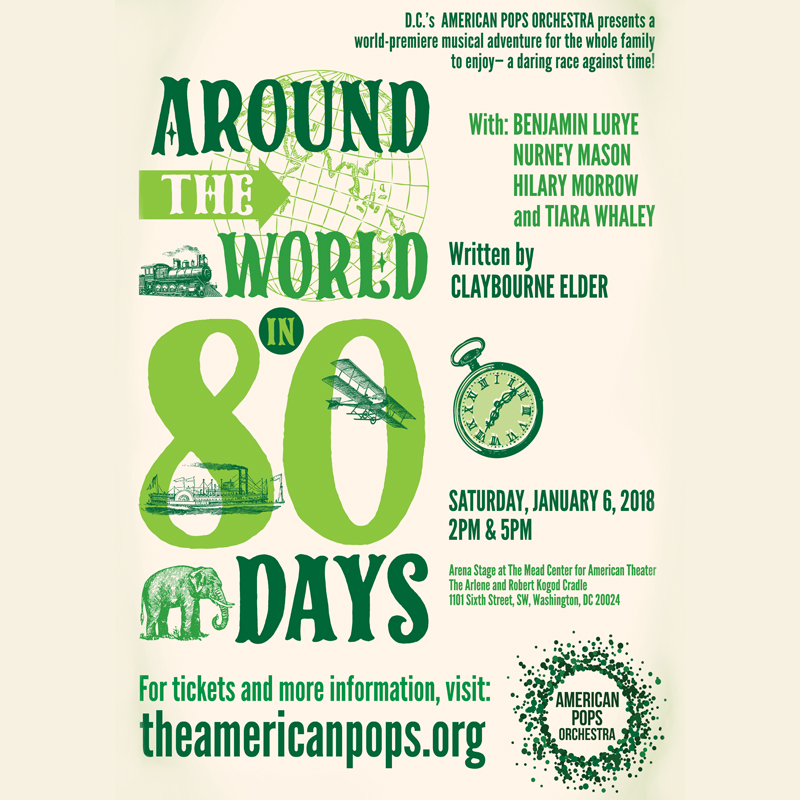