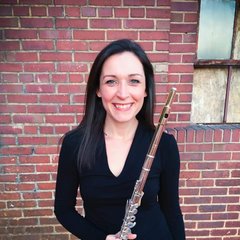 Brittany has attended the Cincinnati Flute Symposium, the Sewanee Summer Music Festival, the Chautauqua Institute Summer Music Festival, and was a fellowship recipient for the inaugural season of CCM Spoleto Music Festival in Spoleto, Italy.
Upon receiving her Bachelors degree from Louisiana State University, Brittany moved to Cincinnati to study with Dr. Bradley Garner at the University of Cincinnati College-Conservatory of Music, where she received her Masters degree. She is currently pursuing her Doctorate at CCM.